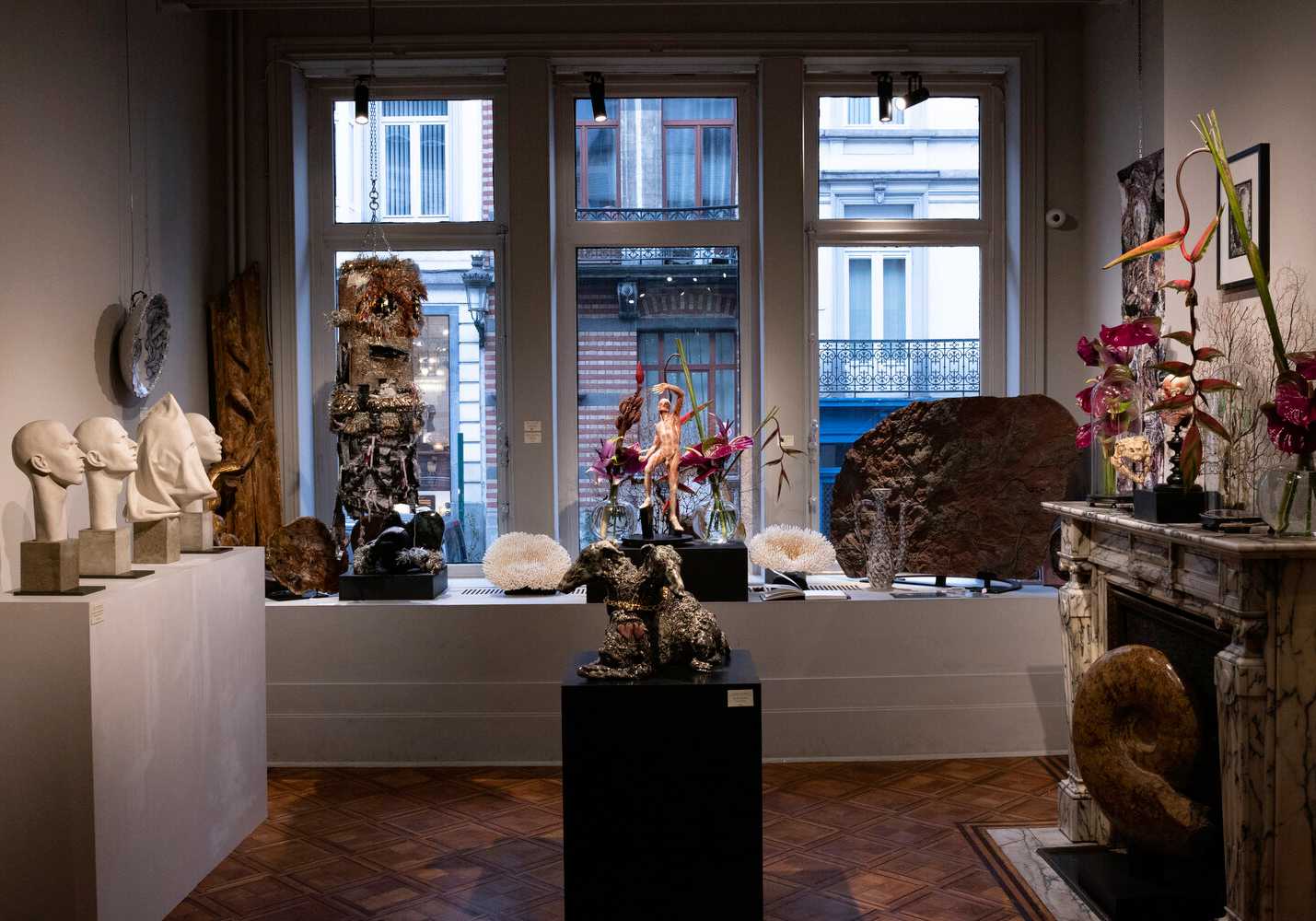 Situated a stone's throw from the Grand Sablon, in a 1888-built neo-Flemish house, the facade is recognisable by its turret and sculpted balcony. This former lawyer's office with its imposing chimneys houses Jonathan F. Kugel's Cabinet de Curiosités Contemporain, which mixes periods and styles through a programme of themed exhibitions.

The artists represented combine a sense of craftsmanship and virtuosity in the traditional sense with original and innovative visions. Alongside them are shown: works from all periods, with a taste for European 17th to 19th century paintings and works of art, chosen for their authenticity, aesthetic quality and/or strangeness. From there, a conversation begins.

“I’m looking for the same qualities in a contemporary piece than in an antiques: virtuosity, craftsmanship, historical relevance and a vision.

The object is a source of emotions through its beauty, grotesque or abnormality and an intellectual stimulus, through science and technique.”